Have some free time in coming up on the weekend? Why not reach out to some friends and organize a games night! We've got some great ideas for you in this article on how to host a fantastic games night that will result in forming friendships and relationships that last.

In our busy modern lives, many of us are so preoccupied with work and family commitments that it's hard to find time to have pure fun. When we finally have some time to spare, it's easy to just spend watching the latest series on Netflix and zoning out passively instead of engaging in something stimulating.

Playing games with your friends, co-workers and family is a great way to come together for a common purpose and have fun forming meaningful relationships while doing so. Sharing laughter and fun can foster empathy, compassion, trust and intimacy with others. It can also help break the ice with strangers

Everybody knows this game, and there's a reason why it's so popular. Charades is a classic games night choice because it can get super silly super fast. The game requires you to stand up in front of everyone, and act out a book title, famous person, movie title etc. This instantly breaks the ice and puts people outside of their comfort zones. Although you may not be comfortable acting in front of people (even your friends or family), once you realize frantically waving your hands around with crazed facial expressions is all part of the fun, you won't be able to resist joining in!

Pictionary is another classic, except this time instead of acting you'll be tapping into your artistic drawing skills. Grab a whiteboard or a large piece of paper and some pencils. Draw a word and take turns guessing the word with a timer. If you don't have any of those tools available, you can play Draw It on your mobile phones instead.

This is one of my favourite games because I seem to be able to say a lot without saying anything at all. This game is all about language skills. Let others try to guess the word on your card, but there's a catch. A list of words that you're not allowed to say, if you say it you lost the round! You can play a similar version of this game for free online here.

Who doesn't love a good game of trivia! Here's the chance to use all that useless information you've picked up over the years, and to show off to your friends and colleagues. Trivia is best played in teams, so pair up and see if two brains are better than one. If you want to play trivia without any of the hassle of finding the questions, just head on over to Brightful Meeting Games, where there's an online trivia game with multiple difficulties to choose from.

There's a reason why card games have existed for centuries. The best card games have a deep and replayable gameplays. If the night is winding down and people have branched off into their separate conversations, maybe it's time to bust out the deck of cards and unwind over a semi-competitive game of cards. There's heaps of card games to choose from, depending if you have 3 players or 2 players. 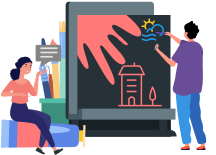 Over 10,000 words to draw from play on mobile or desktop 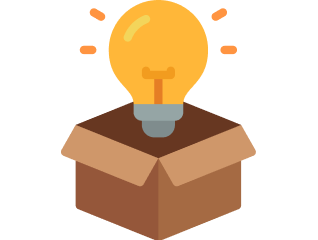 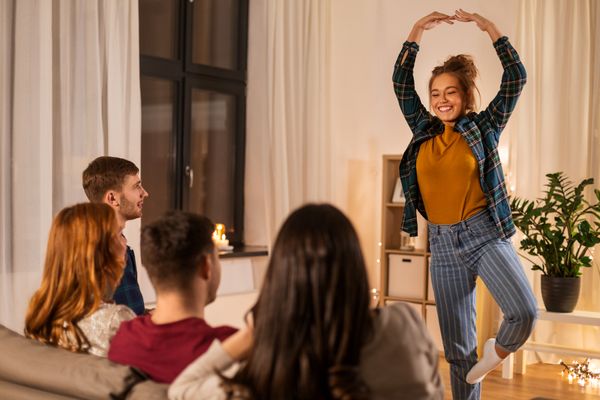 Everybody knows this game, and there's a reason why it's so popular. Charades is a classic games night choice because it can get super silly super fast. The game requires 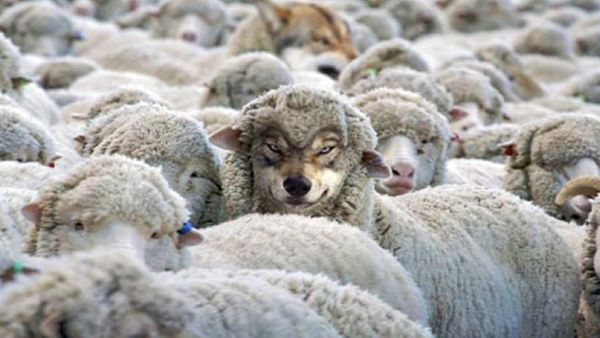 What is a Social Deduction game? As the name suggests, a social deduction game is played in a group setting, where the aim of the game is to determine which